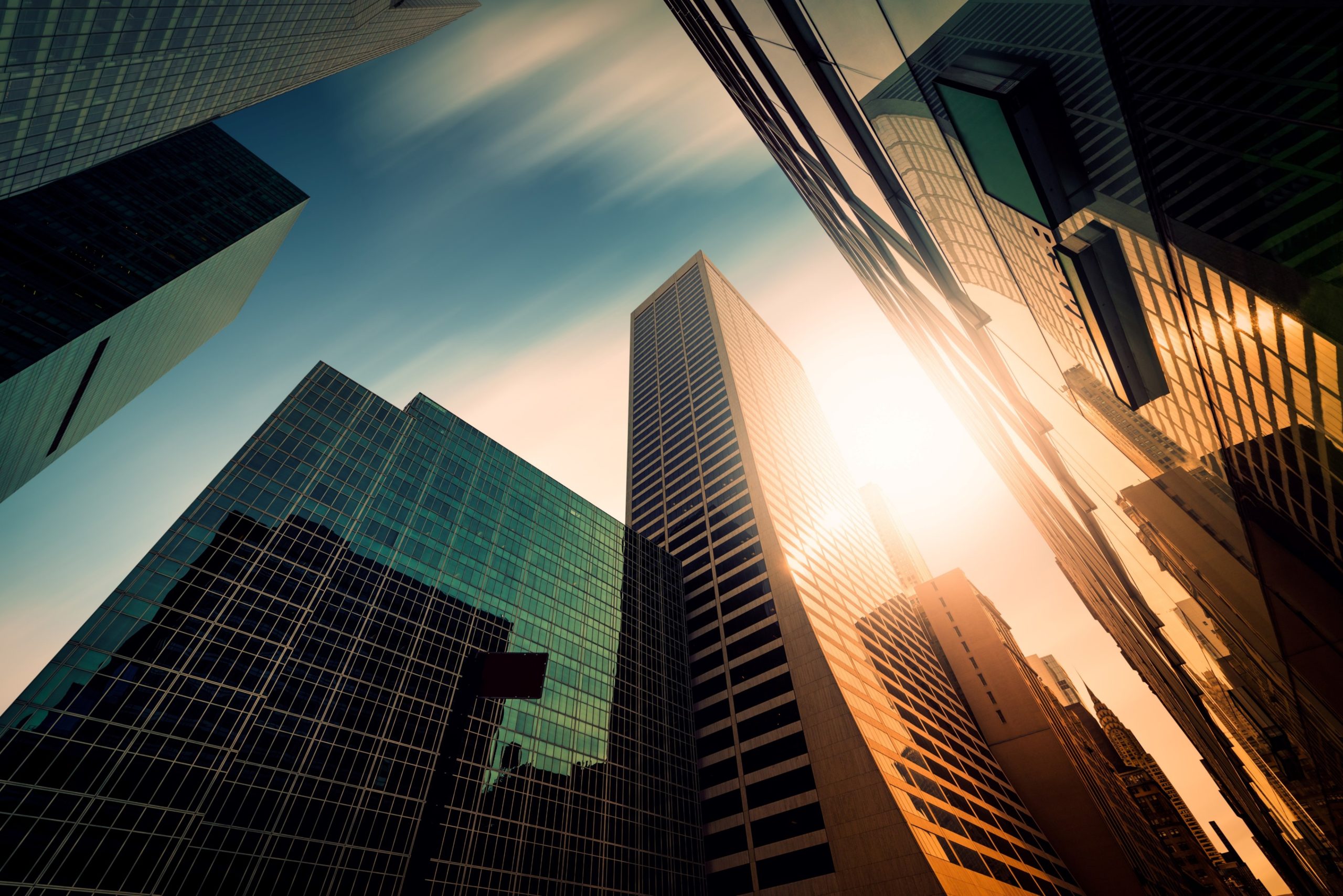 An underappreciated aspect of finding the right program to apply to is understanding the goal of the program. In particular there are two major interpretations of what the purpose of an education is.

1. The First Interpretation Of The Purpose Of Education: Being Educated

The first interpretation is that education is an end unto itself. The purpose of getting an education is…to be educated. The first schools in England, for example were set up in the 500s by churches to study religious texts. These schools were aimed at the elites in society as they were the only ones who could afford to take the time needed to obtain an education. Into the 18th and 19th centuries, education at elite English schools was primarily a study of the classics: Latin and Greek – a marker of education but functionally useless.

This interpretation of the purpose of education was the dominant one amongst institutes of education for centuries as education became a pursuit expected of the wealthy. Important scientific discoveries were often made by affluent elites who had the resources to explore their own research interests. Henry Cavendish, a chemist and physicist who discovered hydrogen and calculated the mass of the earth, is an example of the kind of students this education system was aimed at. Cavendish was the son of a Lord and closely connected to the aristocracy of Great Britain.

2. The Second Interpretation Of The Purpose Of Education: Building A Career

The second interpretation of the purpose of education is to prepare people with the vocational skills they need to make a life for themselves. This kind of education has its origins in things done informally at home: think parents teaching their children how to farm or to sew.

3. How These Interpretations Have Evolved

For most of recent human history universities have often seen themselves as purveyors of the first interpretation of education: as institutions that exist to educate for the sake of education, aimed primarily at the elite. As recently as 1940 less than 5% of Americans 25 and over had a bachelor’s degree. A college education was a niche pursuit for the wealthy and was unnecessary for the vast majority of America’s workforce.

But as higher education began to democratize, students outside of the elite began to apply with the second interpretation of education in mind: they sought to follow the elite into institutes of higher education to learn the skills that would allow them to join the elite. For them education wasn’t an end in and of itself – it was a means to an end; an opportunity to learn skills that could be used to build a high-impact career.

An underappreciated divide amongst universities is that there are varying degrees of acceptance of this second interpretation of education. Due to history and tradition, universities are predisposed to focus on the first interpretation – they see their role as providing an education, not necessarily equipping graduates with the skills they need to find a job. It’s why the University of Baltimore proudly published a press release in 2018 trumpeting the launch of a new course titled “The Evolution of Batman”.

Yet for the vast majority of applicants, it’s that second interpretation – the idea that the role of a degree is to help prepare graduates for a job – that drives the decision to plan for higher education.

Within universities it’s the colleges that focus on business that have, predictably, best adopted this second interpretation of education. As business schools these colleges are clear that their purpose is to prepare individuals for business. Witness the employment reports they publish describing how long it took graduates to find jobs and the average salary that they received.

Columbia University provides a stark example of the distinction between the interpretations. Columbia offers a “M.S. in Data Science”. This is the closest we get to a career report from that program:

Note the lack of detail. It’s not even clear if these are jobs that graduates received right after leaving the program. The wording leaves open the possibility that these were jobs graduates obtained years after their Columbia education, with little to owe to Columbia. The program administrators are focused on what they teach – not on what students do with what they teach.

Compare that to the plethora of detail offered by the employment report for Columbia’s “MS in Business Analytics”: 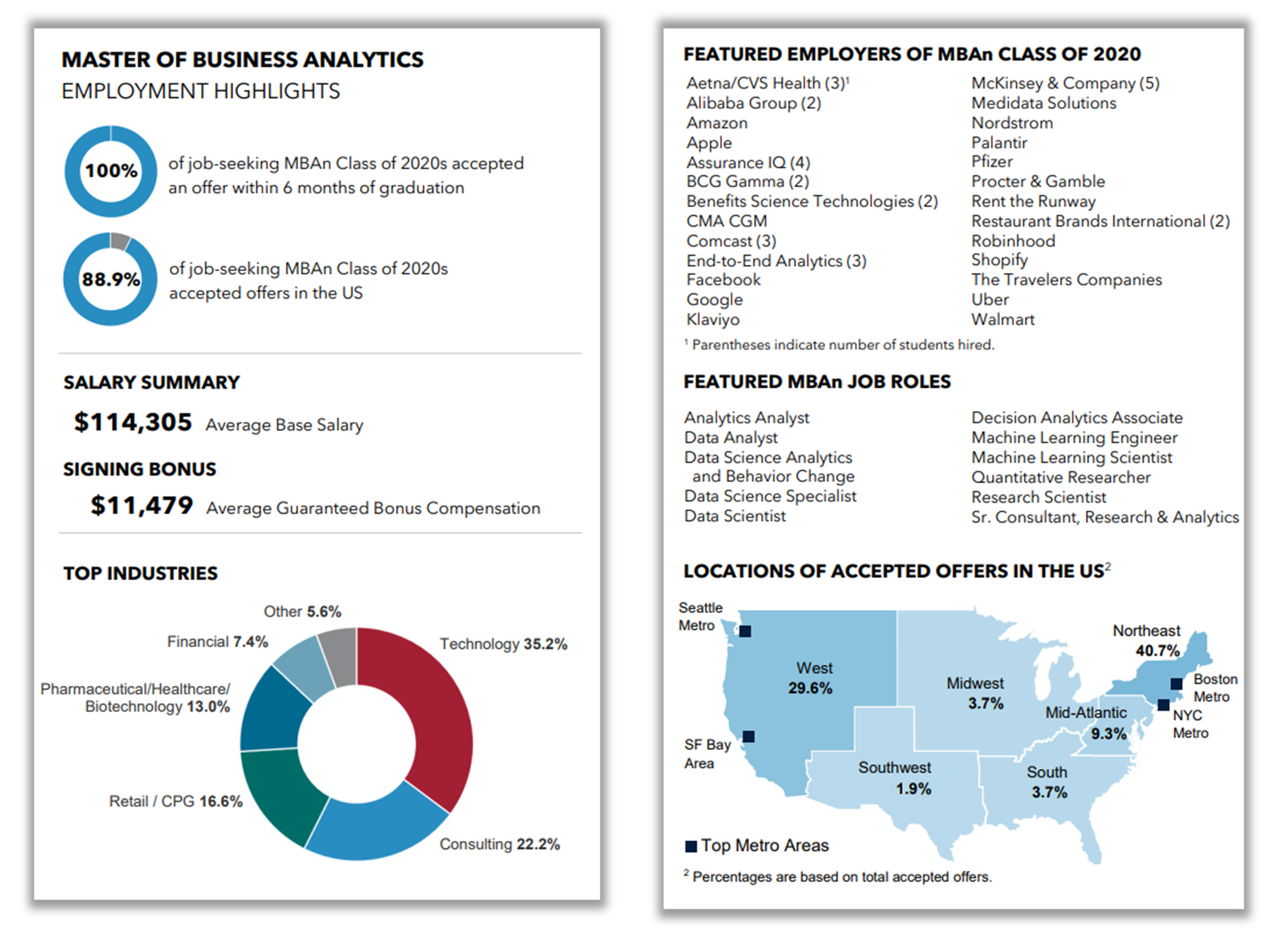 Both programs teach a lot of the same skills and, indeed, are taught by the exact same university. But the first program is taught by Columbia’s Data Science Institute while the second is taught by Columbia’s business school. The administrators of the second program are concerned about more than just what students learn: they care about what students do with what they learn and how it affects career prospects.

You can imagine how that translates into administrative priorities behind the program: the skills that are emphasized, the resources that are allocated to career services, and the investments that are made in things like networking meet and greets.

5. Programs Can Be Too Focused On The Second Interpretation

Most reading this will be more interested in the second interpretation of education: as preparation for a fruitful career. But programs entirely focused on this interpretation can also underwhelm.

MIT Sloan’s Master of Business Analytics (MBAn) is an example. This is a program from MIT’s business school, so it makes sense that the focus is on helping students find a job. Yet most of the actual “teaching” happens in the four months that make up the fall term. The rest of the program is anchored around a capstone project that lasts seven months and involves working with sponsor organizations to solve real-world business problems.

For this, as of this writing, students pay almost US$120,000. It’s a staggering amount for a program that involves very little skills transfer from MIT. But the program is effective at helping students find jobs. The 2021 career statistics indicate that 100% of job-seeking graduates received full-time offers at an average base salary of US$128,000. Ultimately, though, students are paying MIT a lot of money for what is largely just the opportunity to work on a project with a business.

6. What This Means For Education Planning

One of the more frustratingly nebulous pieces of advice that is often shared when it comes to selecting a program is to find one with the right “cultural fit”. A concrete way to interpret this advice is to see if the goals of the program administrators match your own goals.

If you’re applying to a program with the expectation of finding a job soon after…make sure that those who run the program have the same goal. It’s possible, for example, that they instead see their program as one that promises to provide an excellent education and nothing else.

Similarly, it’s possible that you already have a career plan – maybe there’s a family business you intend to return to, or a startup idea that you have, but to execute on that plan you have a narrow set of skills you need to learn. Make sure that the program is set up to provide you those skills. It’s possible, instead, that the program is more focused on helping graduates find jobs, and so skimps on the actual teaching to emphasize things like networking sessions, company presentations, and group projects.

7. How Beacon Community Can Help

Beacon Community is an education planning consultancy that helps clients get admitted to elite programs. Understanding what those programs are focused on and whether they match the goals of applicants is more art than science and benefits from extensive experience. We work with you to navigate the program landscape and help you secure admission to programs that are aligned with your goals.

Reach out to us.